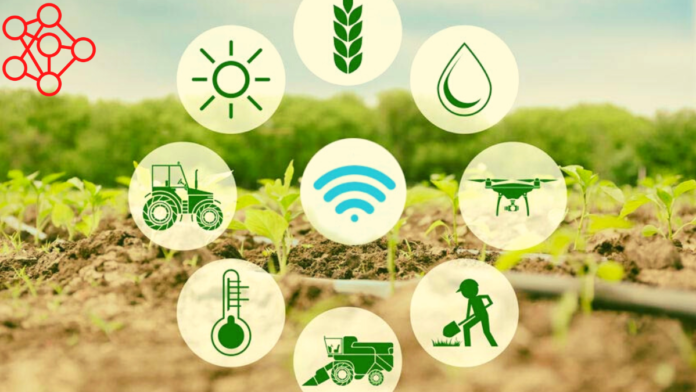 The use of IoT in agriculture is still a very new field. This article will discuss the current state of the technology and How to use IoT in Agriculture. Many companies are experimenting with the use of IoT technology in agriculture. The use of AI in agriculture is not new. It has been around for a long time. The main problem is that the machines are not programmed to work well together, and they do not understand each other’s language. This is where artificial intelligence comes into play – at least in IoT (internet of things).

We live in the era of connected devices, sensors, and networks. We can’t live without them. They provide us with information about our environment and our health. They are also a part of our daily life. The Internet of Things is the term used to describe the technology that enables such devices to communicate and exchange data among themselves.

Challenges of IoT in Agriculture

In agriculture, IoT is one of the most important trends. IoT in agriculture has been a subject of much interest and debate. It is expected that the impact of IoT on agriculture will be huge, and it will change the way we produce food.

The following are some challenges that have to be overcome before using IoT in agriculture:

One of these challenges requires significant investments in technology and equipment. This has led to a high cost of ownership for farmers, which has often resulted in them not using their devices as they should be able to do so.

There are more than 10 million IoT devices on the market, and with each one of them, there is a possibility that one of them could be hacked. This could lead to the loss of vital data, which would be disastrous for agriculture and farmers in particular.

Farmers increasingly use IoT devices like smart tractors and robots for their farming operations. However, these devices are not secure enough to protect them from cyber-attacks. The government is taking measures to ensure that the security of these devices is improved.

It is not easy to use an IoT device when no internet connections are available. This can cause issues like the inability to upload or download files and get updates on the weather forecast.

Impact of IoT on Agriculture

IoT is a technology that has the potential to revolutionize agriculture, but it also has many negative consequences. Machines are becoming smarter, cheaper, and more efficient than humans. The IoT revolution has changed the way we work in the agricultural sector. The introduction of smart devices and sensors, connected devices, cloud computing, and big data has made it possible for farmers to monitor their crops anywhere. They can also use this data to improve their farming practices. This technology is expected to increase agricultural productivity and lower costs by 10-20% compared to current methods.

IoT is expected to be a major contributor to agricultural productivity. It will allow farmers to monitor their crops and produce more food with less resource usage. It will also allow farmers to place sensors in their fields, which will help them maximize their yield.

Must Read: How Artificial Intelligence is Used in Agriculture?

Advantages and Disadvantages of IoT in Agriculture

Some of the advantages and disadvantages of IoT in agriculture are listed below:

Advantages of IoT in Agriculture:

You Might Crave to Know: Advantages of Artificial Intelligence in Agriculture

Disadvantages of IoT in Agriculture

History of IoT in Agriculture

In the past, IoT was only used to control small things. But with the advancement of technology and advances in science, we can now develop new agricultural technologies that are beneficial for farmers and consumers alike. However, now we can use it for more complex tasks – such as controlling our farm machinery. This can help us save time on repetitive tasks and increase productivity by automating these tasks.

How to Use IoT in Agriculture?

The IoT is the Internet of Things. It has the potential to change the way we live and work. And it’s already here. It is a new technology that has been trending nowadays, but now it can be used to improve our lives in many different ways.

The IoT allows us to connect our farm equipment, agricultural machinery, and other machines to the internet so they can be monitored remotely. This will help us control these machines more efficiently, making them more productive and safer.

In the world of agriculture, the emergence of IoT devices to improve and enhance the productivity of crops is a reality. These IoT devices will be used to monitor environmental conditions to provide remote control functions.

Some of the IoT devices in agriculture are listed below:

Fertilizer spreaders are a type of machine that can spread fertilizer in a field. They are used in agriculture and gardening.

The seeders can be used for sowing seeds, ranging from monitoring the temperature of a room to controlling the lights of a field. The seeders work by collecting information about the environment and then sending it to the cloud. This allows for more accurate data collection and analysis, which leads to more accurate results.

Harrows are a tool that farmers use to plough the soil. They are used in agriculture as they can be used for more than one crop.