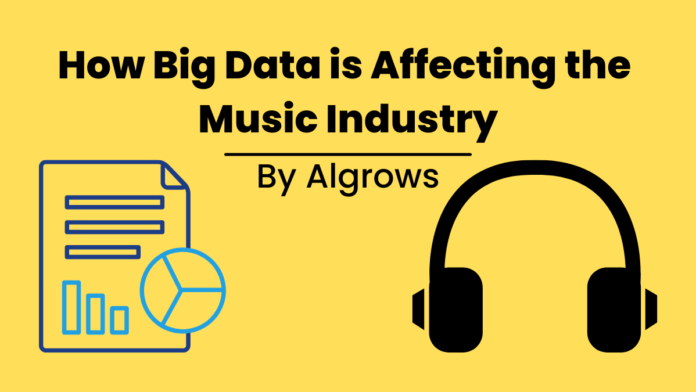 Big data is affecting the music industry in more ways than most people realize. Thanks to streaming services like Spotify and Pandora, information about what songs is being listened to at any given time has become readily available to the public, causing some changes in how we consume music. In today’s research we will see How Big Data is Affecting the Music Industry, we will see this by various different perspectives, so stay tuned till end.

The Music Industry at a Glance

The music industry has been at a crossroads for more than a decade now. The Internet, and digital platforms in particular, have changed everything—from how we consume music to how artists are compensated for their work.

While it may be hard to imagine from an outsider’s perspective, these changes have fundamentally altered nearly every aspect of how musicians make money and where labels fit into that picture.

In many ways, big data has affected the industry even more than piracy; after all, it’s no longer merely about what you choose to download but also what you search for online. The days of relying on album sales and downloads as primary sources of revenue are over.

What Is Big Data? How Big Data is Affecting the Music Industry

To understand how big data affects music, you first have to understand what big data is. Big data is an often-misused term that refers to large sets of information collected from a wide variety of sources.

Imagine collecting every sound file on YouTube, converting them into MP3s, and making those your data set—that’s big data.  These days, any business trying to keep up with competition in its industry (and isn’t it all about keeping up these days?) should be harnessing some sort of big data solution.

Marketing departments gather consumer behaviors on several different levels—brand awareness, demographic trends, media preferences, etc.—to figure out which strategies they should employ next in order to reach as many consumers as possible.

Many companies now do most of their marketing research with big data because tracking consumer preferences across several platforms provides exponentially more insights than just one marketing platform could ever give alone.

The Impact of Increased Technology on Music Industry

Technology, and especially internet access, has made it easier for people to share their love of music with others. It’s also making it easier for music fans around the world to discover new artists and bands.

More than ever before, social media, online videos and streaming services are helping more musicians make a name for themselves. The result is a thriving global industry that hasn’t been seen since before many people were born. That said, there have been some unintended consequences as well.

The music industry has changed dramatically over time and many modern-day artists have struggled to monetize their efforts in an ever-changing industry that tends to give priority to established acts with established fan bases.

While technology has played an important role in helping popular acts thrive, it also tends to favor music from already well-known artists or labels. The good news is that technology should help level out the playing field so smaller indie bands can stand on equal footing with bigger names.

In 2013, artist analytics firm Next Big Sound analyzed 200 million plays on Spotify and reported its findings on Buzzfeed. It revealed which tracks got shoutouts from other popular users, who called attention to them by sharing them via Twitter or Facebook.

How Big Data is Affecting the Music Industry – How we are using it?

We live in a world where music has never been more freely available. The internet and devices like smartphones have given us access to an abundance of music, and we can stream practically any song we want on demand.

But it turns out that our new-found freedom isn’t so good for business – at least if you’re one of those companies that sell music. Why? Because as listeners, we tend to choose whatever song is playing on whatever service happens to be convenient, giving very little thought to what we actually want to listen to.

For example, if I’m on Spotify and there are two songs currently streaming that I like, but I happen to click over to Pandora right when their commercial comes on with a third song by my favorite artist…whoops! My whole mood changes and suddenly I’m listening to something else.

Similarly, if my friend asks me do you have Prince? on Spotify but instead of telling her no (like I should), I say yes just because it seems easier than looking up which service does include his music…now that single track is taking up space on my phone until such time as she deletes or forgets about it.

And ultimately all these clicks mean less money for everyone involved in creating and distributing music because – despite having plenty of options – we aren’t making good choices from amongst them.

The Positive and Negative Impacts of this Development

Big data, one of today’s hottest trends in technology, isn’t just helping companies boost revenue—it’s also affecting how we all interact with music.

In fact, streaming services such as Spotify and Pandora have replaced iTunes in some cases because of their emphasis on big data. Users can select specific music based on their listening history and popular playlists, bringing music discovery to a whole new level.

While there are many great benefits to big data’s effect on digital music stores, there are also several concerns that deserve consideration before digital platforms become our primary way of listening to new tunes.

How Big Data is Affecting the Music Industry

We live in a world where music has never been more freely available. The internet and devices like smartphones have given us access to an abundance of music, and we can stream practically any song we want on demand.

What is Big Data in Music?

How does the music industry use data?

Streaming services such as Spotify and Pandora have replaced iTunes in some cases because of their emphasis on big data. Users can select specific music based on their listening history and popular playlists, bringing music discovery to a whole new level.

For artists, big data represents a compelling new way to engage with their audience. Instead of treating fans as passive recipients of music and information, artists can now treat them as active participants in a richer experience.

And in a time when more people are choosing to stream music than ever before, having more data about your audience makes streaming songs more effective at converting casual listeners into raving fans.

Finally, as streaming becomes even more popular, it’s only natural that other industries will start to adopt similar practices. What happens next? Well, that all depends on you.

At the end I just want to hope that you like our research on How Big Data is Affecting the Music Industry, if you did, then must share with your mates as well. I have attached some more sources related to same topic, for your better understanding. 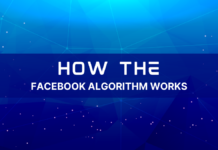