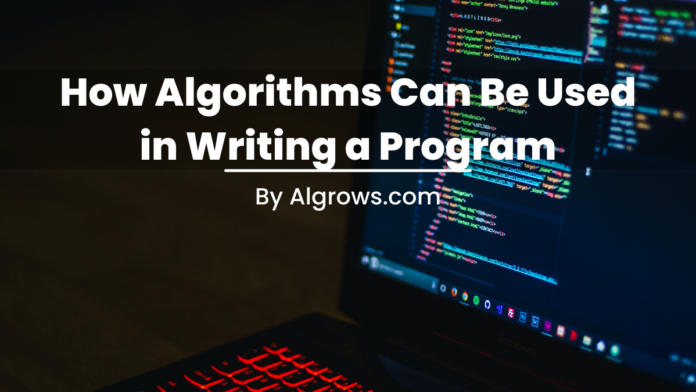 A program, in simple terms, can be defined as a set of instructions that tell the computer what to do. However, what makes an algorithm important in writing a program? How should we look at it? How Algorithms Can Be Used in Writing a Program? A computer programmer would know that in order to write programs, algorithms are the basis of all decision-making processes.

What is an Algorithm?

An algorithm is, basically, a step-by-step set of instructions that are used to accomplish some kind of goal.

The word itself comes from medieval Persian mathematician Muhammed ibn Mūsā al-Khwārizmī, who created several different kinds of mathematical algorithms in his book on algebra—including algorithms for arithmetic (like determining numerical roots).

The idea and formalization of what an algorithm was has continued to evolve since then, but at its most basic level, it’s instructions for carrying out some kind of task. In computer science, for example, an algorithm is usually specified as a series of steps that are carried out by a computer program.

What is Programming and what are its uses?

Programming is writing instructions for computers to follow. A computer programmer typically uses a programming language to write detailed instructions on how a computer should execute particular tasks, such as accessing and processing information, displaying information on-screen or creating printouts.

Programming can be used for all sorts of purposes; from developing new computer games to operating industrial machinery. There are many different programming languages, each with its own features.

Although it’s often possible to code programs using only one language, some tasks may require knowledge of more than one. The most commonly used programming languages include C++, Java and Python; however, even if you don’t know any programming languages when you start out as a programmer, you’ll be able to learn them once you get started with your job training.

What is Computer Programming?

But before you jump into any programming language, it helps to understand what computer programming actually is. Computer programming refers to telling computers what to do with data through algorithms or logical expressions. One simple algorithm might be for each number in an array output that number multiplied by three.

Or, more commonly written as: for (i = 0; i < length; i++) Modern languages like Python abstract these low-level operations behind high-level functions and classes, making coding much easier for beginners but still allowing experienced coders access deeper functionality if they want it.

This tutorial will introduce you to some basic concepts of computer programming using an approachable language called Python.

A compiled language means that once you have written your program, it is translated into computer-readable code (the machine’s native language). The resulting code is then used to create an executable file that can be run by your computer.

An interpreted language translates directly into machine-readable code when your program is run.

In general, both methods work equally well; however, there are times when one will outperform another based on your intended use for the program or project.

How Algorithms Can Be Used in Writing a Program

Knowing your programming language is essential to writing any kind of program. While there are many languages out there, knowing two or three well will be enough to get you started. Don’t just learn what each command does; write some code that solves a problem—it doesn’t have to be complex.

This will help you internalize how each element works together and help you debug future issues with your own code (which, unfortunately, will happen).

Choose a Topic (or ask a question)

The good news is that algorithms can help you narrow down your choices. If you are creating a program to automate something, use an algorithm to help determine what information you need and how it will be processed.

Your algorithm can also help keep your program running as smoothly as possible by helping prevent errors and security breaches, monitor memory usage and clean up after itself when it’s done.

So, whether your program is designed to win Jeopardy or help users take advantage of their insurance benefits; an algorithm can be used in writing a program. Of course, programming languages such as C++ and Java both come with their own proprietary algorithms already written for you.

Split your topic into Subtopics

The first step to writing an algorithm is splitting your overall topic into subtopics. For example, if you’re teaching someone how to use math to write a program, you might begin by talking about division and multiplication and then move on to recursion. Your first topic would be Understanding Division and Multiplication.

The next one might be Understand Recursion. Keep going until all of your topics are covered, then create a section called Solving Challenges with Math in Programming. This will give structure to your post and help keep readers engaged.

Come up with Questions and Answers to each Subtopic

First, what is an algorithm? An algorithm is basically a set of steps for performing some tasks.

Similarly, an algorithm can tell you how to solve some problem. Use them at your own risk though – algorithms do not guarantee optimal solutions since they need to take constraints and other aspects into account as well!

Break down your Questions into Smaller Parts

Think of algorithms as your own personal Swiss Army knife, allowing you to use them for all sorts of problems. Here’s an example: when creating a program, one of your first questions is going to be how do I build my algorithm?

You could break that down into three smaller questions:

Ask yourself those kinds of questions whenever you find yourself stuck on a project. It will help you identify what tools might best help solve your problem. That isn’t to say that algorithms are only used in programming; they have plenty of applications outside programming as well.

The syntax is a set of rules that allows to communicate with computer, and therefore it is used in writing programs. Correct syntax ensures that there are no errors in our program. The language to be used may differ from one computer to another.

The most commonly used languages for writing programs are C++, Java and Visual Basic; these all have their own set of rules for syntax. Variables store data for our program as well as other information such as name, age, gender etc. There may be different types of variables depending on their use like integer or float, string etc.

We use operators while performing mathematical calculations or comparisons between values stored in variables which ultimately helps us retrieve results required by us.

FAQ’s Related to Writing an Algorithm

How are algorithms used in programming?

The computer processes algorithms in a similar way that humans process information. The Algorithms can Make a Program Efficient and gain your users retention. They start with the input and use it to generate an output.

Why should we write algorithms before writing a program?

Calculations are more exact than casual directions and require no knowledge to follow; they are as yet not exact enough for a PC to continue in the structure they are composed, yet are exact enough for a human to know the exact thing you mean, so they can then work out how to execute your calculation

How to learn programming language?

Knowing your programming language is essential to writing any kind of program. While there are many languages out there, knowing two or three well will be enough to get you started. Don’t just learn what each command does; write some code that solves a problem—it doesn’t have to be complex.

So, here we have presented you completely, How Algorithms Can Be Used in Writing a Program, hope you like our presentation. If you have any quires, then you can definitely comment down, also, I am attaching some extra external and internal sources links for your better learning. 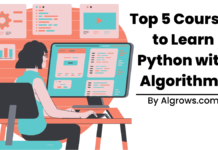 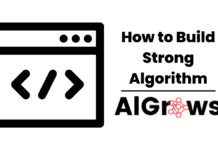 Will Machine Learning be a Groundbreaking Technology in the Future